WHY HER EMOTIONAL FILM DELIGHTS FANS, PRESS AND THE OSCAR COMMITTEE

How can we discover our super power in business by following our interests, retraining and taking creative risks? What skills and relationships do we need to pull off something weighty like an original documentary short listed for an Oscar?

Even if she's spending her COVID days cooking, playing music and binging on movies, Sue dreams of getting back on the road for new travel adventures with her close-knit community.

The following interview has been edited for clarity.

Director and Producer Sue Kim of The Speed Cubers

WHY DID YOU QUIT YOUR JOB IN COMMERCIALS TO MAKE THIS FILM?

Changing career to a filmmaker was born out of a necessity because I couldn’t convince anyone else to tell my story.  I knew I had to make The Speed Cubers because I'd seen something so beautiful in the community -- the heart, the decency and inclusiveness. And the friendship between Max and Feliks is storytelling gold. I wanted to amplify their story as Rubik's-cube solving champions and share their example of kindness and connectivity with the world, especially at a moment that felt fraught and divisive.

The speedcubing culture is where my film is set and it’s part of my personal life too. My son is a speedcuber and we spend our weekends going to competitions near and far with other families. We're part of a tribe.

HOW DID YOU BECOME THE FILMMAKER YOU ARE TODAY?

I began writing at the University of California, Berkeley where I studied English and creative writing. But then after graduation, I followed my passions into the music industry, and then graphic design. But with my first job as a studio designer, I developed a carpal tunnel problem in my wrists, and needed to pivot into another occupation. This led to my work as a producer; first in print, then broadcast and interactive, and finally experiential.

My career path has taken a meandering, circuitous path, with no destination in mind. I think my journey has been my greatest gift; because before I turned to film I had so many different experiences, and occupations, that have helped build different “muscles”. As a director, I get to use all of them at different times.

WHAT WISDOM DO YOU HAVE FOR SOMEONE CONSIDERING A CAREER CHANGE?

Surround yourself with people smarter than you. Ask everyone you know for advice. Study the masters of your craft. Practice. And most importantly, don’t worry about failing. Because failing is a given when you do something new. Assume you will fail, but equally assume that if you fail enough, you will eventually become good at whatever you do. Try to build up  savings, because while you're learning your new craft, it will take time to find work, and you want to reduce the financial stress.

WHO ARE YOUR KEY COLLABORATORS?

I have a stable of friends who act as my sounding board when I need to talk through ideas. Kelly Letourneau, a Creative Director at Nike, is my best friend who I rely on for advice on creative dilemmas, and to lament about the struggle in a male dominated industry. Justine Armour is a big advertising company executive, and we compare notes about difficult clients, coworkers, and how to speak up and fight your corner. I find a lot of comradery and solidarity with the creative women in my life.

IN YOUR MINDSEYE WHAT DO YOU SEE NEXT FOR YOU? DO YOU HAVE IDEAS?

My ambition is to get my next film greenlit and spend the next year or so in production. The story is about a small island off the coast of South Korea that’s called Jeju Island. It’s a matriarchal society because it’s economically been built on the backs of women who freely dive into the ocean for seafood and their practice allowed them to become the breadwinners of the island. They’re called Haenyeo which means “sea women.” This current generation is in their 60’s - 80’s because they can’t convince the younger generation of women to adopt their craft. My goal is to document the last generation of sea women, before they become extinct and the practice dies out. I’d also like to get work-for-hire projects that other people and companies want me to direct.

I have a long list of ideas, all documentaries about niche and subculture topics. My goal is to slowly work my way down that list so I’m busy for the next 15 years. I don’t see myself getting into the scripted world, because I really love true stories of real humans and non-fiction filmmaking.

NEED SOME HELP GETTING YOUR BUSINESS RUNNING BETTER?

Clarify your strengths, understand obstacles and get a custom action plan video straight to your inbox. 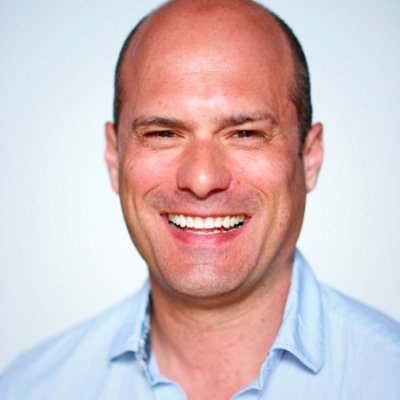 Noah Koff's mission is to help ambitious founders become the best version of themselves, by developing their mindset, skillset and toolset. He is an entrepreneur who has founded and built multiple companies from the ground up, including Redwood, a successful consulting practice based in Portland, Oregon. His wisdom comes from decades working for respected agencies and INC5000 recognized companies big and small. Noah's roots extend from global business hubs; San Francisco, New York City and London, where he's worked across diverse categories and business models.